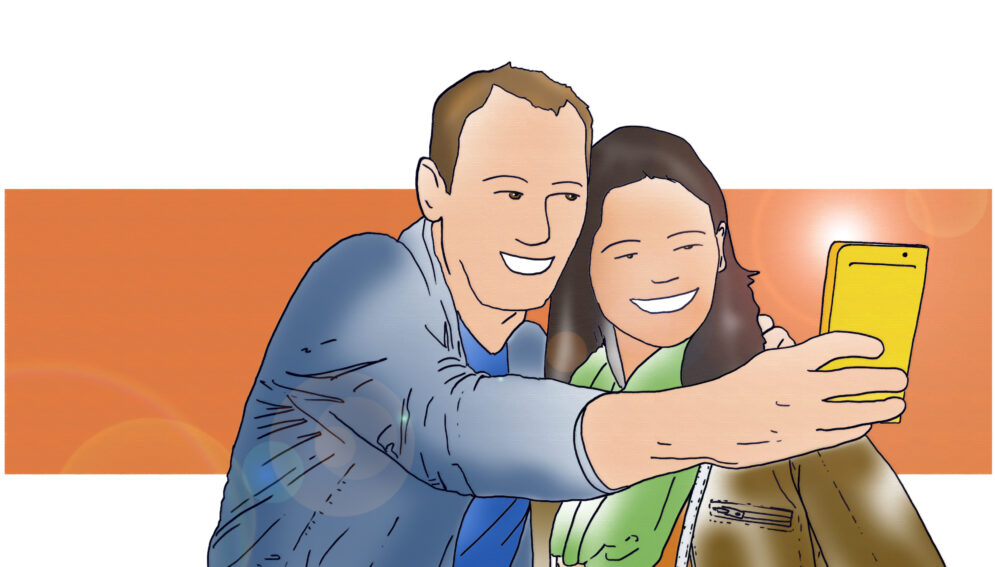 Since the launch of the iPhone (2007) and for the first time in history, as of spring 2014, there are more smartphones in the world than mobile phones (Gartner, 2014).

Meanwhile, shopping using these devices just goes from strength to strength. In 2013, such purchases already made up 15% of distance shopping globally and forecasts for growth over the next few years are extremely high (Faresse, 2013).

A third revealing statistic is that, in 2013, there were two countries in which 43% of smartphone owners had used them to shop: South Korea and China (Online Business School, 2013).

I doubt that it has escaped anyone’s attention that e-commerce is experiencing its greatest boom to date.

The rise in popularity of smartphones has gone hand in hand with a sub-revolution in terms of analogue dialling. Telephones with keypads are a dying breed, while touchscreen smartphones and tablets have become extensions of ourselves.

To give an example, in Spain, over 60% of users of mobile devices use a smartphone, a figure which is even slightly higher than the European average of 57% (Europapress, 2013).

Therefore, it could be said that mobile commerce, or m-commerce, is set to be one of the key driving forces behind the growth and evolution of digital commerce.

A total of 96% of smartphone owners have their device within one metre distance from their bodies, 24 hours a day. In fact, the device seems to have transformed into part of their bodies, giving rise to the so-called ‘e-body’. Smartphones have almost become extensions of our limbs.

This phenomenon changes the way in which we socialize, shop and, in short, how we live our lives, converting us into On-Off people. The line between online and offline becomes increasingly blurred, and we interact with our surroundings in whichever way seems most suitable at any given time, without being aware of the mechanism or way in which we do so (Martínez-Ribes, 2013).

The smartphone is set to become the main way of selling, the e-store. If we consider that now devices are almost part of us, the customers themselves end up becoming the store (Martínez-Ribes, 2013). This means a significant change is required in the way we think about marketing and retailing.

The objective of marketing is no longer simply generating traffic in store, but rather accompanying the customers throughout their everyday experiences, becoming part of their lives, as he or she ‘is’ now the store.

Strategic neuromarketing as a tool

As we know, the majority of human decisions are taken non-consciously by the limbic system. In order to become part of our costumer’s lives we must become a habit or a custom; ie an action that is performed simply and with no need to streamline processes.

Strategic neuromarketing can help to create habits, offering ways to stimulate the imagination and emotions. For instance, it enables us to orient marketing strategies based on empathy and personalization, taking culture into account and putting ourselves into the customer’s shoes, as we are identifying with them.

Neuromarketing can also contribute towards reducing significantly customer effort, minimizing the need for conscious attention, asking for our attention in a multisensory way (using all of the possible senses) and generating emotions.

If you pick up a smartphone and look at which applications are on the bottom menu bar, which are the ones on the main menu and on the other screens, you will notice that they are organized in order of relevance and frequency of use.

There are three fundamental elements involved in making an app being part of customers’ lives and ensuring that the app appears on the first screen.

A few years ago, it was unthinkable that we could buy anything that we want just by clicking on a little button in our hand palm. Smartphones have become part of our bodies and, as a result, customers have turned into a store themselves.

The key to the digital world involves being able to create customer habits, ensuring that the information on the devices is useful, clear and intuitive. Our apps have to be capable of residing in the limbic system and making customers put them on the first screens of their phone. In order to do this, these apps must give relevant and personalized information that is easily accessed without any effort and, above all, in a fun and enjoyable way.