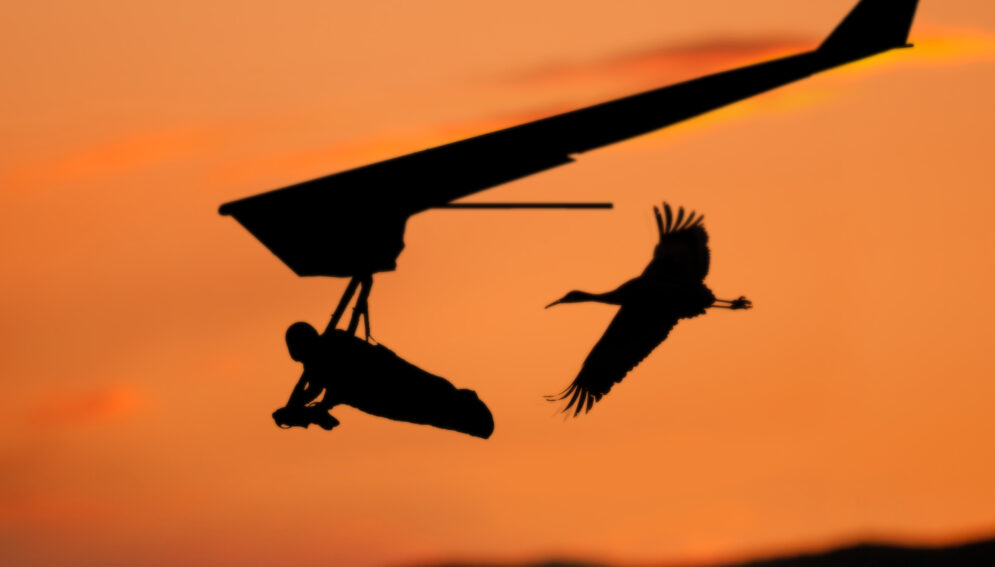 Think about your last flight. What do you remember about it? Some hassle like the person in front reclining their seat to within a few inches of your nose? Or maybe a pleasant conversation with the person next to you, prompted by the realisation that you were both reading sailing magazines?

Negative experiences and positive experiences all happen inside the same “package”: the jet cabin. But some one realised that it’s a cabin with a brand, the airline’s brand, so everything you experience in there affects the brand image – for better or worse.

KLM wants to manage the customer experience as part of their branded travel.

An interesting gal/guy in the next seat

KLM Royal Dutch Airlines was established in October 1919 to connect Holland to its colonies. In 2004 it became part of the Air France KLM group. With a view to enhancing the customer experience, this retail company has created several new services.

KLM’s Meet & Seat service – “make your flight an inspirational journey” – helps you to locate other people you think are interesting – for personal or professional reasons – and be seated next to them.

The selection is based on the social network profiles (mainly Facebook and LinkedIn) of users who authorise the use of their data beforehand. This enables passengers to find out about the occupation, likes and hobbies of other unaccompanied passengers and decide who they would like to sit next to depending on similarities or interests they have in common.

Critics of “Meet & Seat” say that KLM may be delving too deep into their lives of their customers. Some feel that KLM is converting the jet cabin into a high-school cafeteria.

One drawback is that users cannot veto who sits next to them, the only escape being to choose another empty seat – if there is one. It is, however, the customer who decides whether or not to be visible and accepts the possibility of sitting next to someone they have something in common with.

In general, customers are increasingly asked to provide information in order to provide personalised services to fit with their preferences. The secret is to strike a happy balance between the information requested and using it appropriately depending on the circumstances and matter in question.

Another of the Dutch airline’s ventures is “Shop@KLM” which sells the products usually sold by airlines. Purchases can be made on-line at shop.klm.com, for example, before the flight and KLM delivers them either on-board during the outward or inward flight or to your home address.

The customer avoids having to carry gifts about and enjoys an enhanced, more convenient shopping experience.

According to Dixon, Freeman & Toman (2010), customer loyalty is achieved not by fascinating them but by making things easier for them. Hassle-free service increases customer loyalty – and ensures sustainable future cash flows.

I want to travel in a group

KLM has also created a “trip planner” (tripplanner.klm.com) to plan group travel on the Internet in a collaborative way. This app uses each group member’s Facebook profile to suggest destinations and types of trip (beach, party, mountain…) in response to a highly visual, short questionnaire.

The app compiles the group members’ answers and preferences about travel destinations and times, and displays the option that received most votes from group members. An easy, fun and convenient way to plan group travel without the hassle and confusion of countless calls and emails.

KLM is one of the first airlines to integrate social networks into their own sales process – all on the same site.

These three KLM services are an example of a cross-channel strategy, i.e. the integration of two customer-interaction channels which until recently were apparently separate: on-line and off-line channels.

Generating synergy and integrating the two channels achieved what Steinfield, Adelaar and Liu (2005) define as enhanced legitimacy and trust in the brand, a wider coverage of different shopping preferences and the creation of natural complementary factors between the two “channels”.

KLM doesn’t take advantage of what Gallino and Moreno (2012) explained. These authors observed that BOPS (buy on-line, pick up in store) generates higher sales – not when the on-line purchase is made but when the item is picked up. When customers visit the store to pick up their purchase, they stroll around and increase the likelihood of an additional purchase. In KLM’s ase, products are not picked up in store but the new logistics will probably generate positive spin-offs that have not yet been studied.

KLM’s on-line/off-line integration helps reinforce their brand image as a customer-oriented company that cares about their customers.

Making the most of social networks

On-line/off-line integration is reinforced by using the social networks: proof that they are not just useful for keeping up to date with friends.

KLM as a “curator”

With “Meet & Seat” KLM also acts as a curator, aiming to provide personalised outcomes based on their customers’ needs and preferences. This enables them to empathise more with customers and broaden their travel experiences.

Perhaps passengers are more willing to sit next to some one who is a professional DJ, a super model, an astronaut or a Hollywood actor.

Participants answer 5 questions to choose the celebrity to travel with, and then the celebrities themselves decide which participant they will travel with to an inspirational destination. If, for example you are a fashionist, you might end up going to New York on a shopping trip with supermodel Yfke Sturm.

The campaign was a great success and very well received by the general public. It also won several awards and special mentions.

What matters in business management is not so much having ideas (although they are always welcome), as keeping customers as our compass north, so that a retail company becomes a brand focussed on the clientele.

Because of the empathy generated, customers can be won over in a sustainable and profitable way. At the end of the day, that’s what it’s all about.