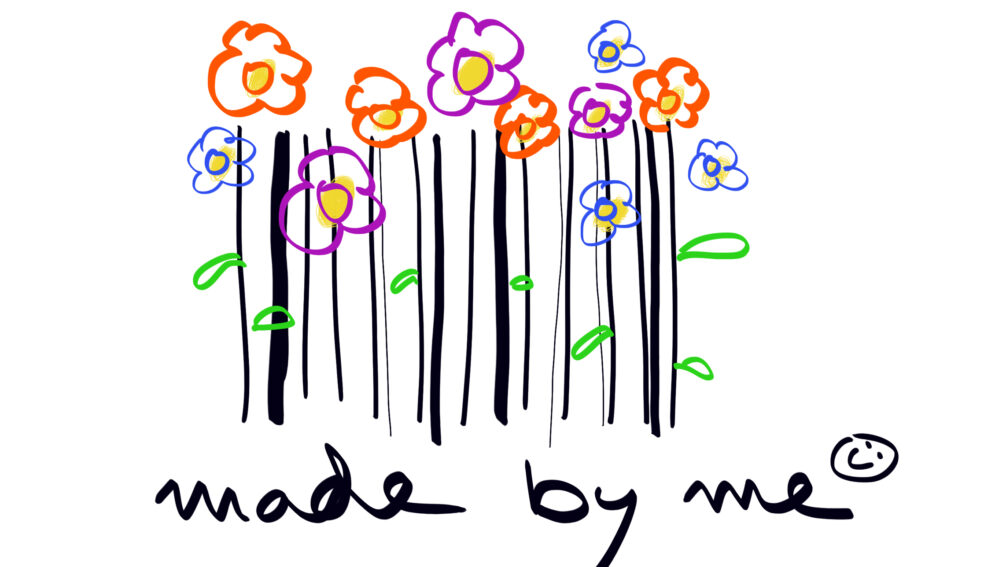 From 25th to 27th April 2014, 20,000 people visited the Handmade Festival Barcelona, an event exclusively dedicated to activities performed by hand. The 150 exhibiters welcomed a constant flow of enthusiasts who were highly involved in pursuits such as patchwork, machine sewing, scrapbooking, urban gardening, cookery, knitting, furniture assembly, game creation, drawing, decorating, among others.

All the activities are leisure pastimes and have something in common: the consumers are the creators of the product, at least partially. Judging by the faces at the event, someone could tell they were deeply absorbed, involved and happy.

The origins of DIY

The phenomenon of DIY (Do It Yourself) has evolved over time. Its origins date back to the mid-19th Century, fostered by the artistic school of arts and crafts, which was closely related to William Morris, an all-round creator (craftsman, printer, poet, activist, designer, etc.) who rejected emerging forms of mass production.

Moving on to the 20th Century, in the 1950s, there was a great resurgence in DIY after the Second World War, particularly in Central Europe, largely due to high levels of unemployment. This revival involved a wave of home improvements and repairs. This ranged from construction and gardening activities to the creation of all sorts of objects (clothing, furniture, paintings, cushions, etc.).

When unemployment decreased, DIY remained popular as a hobby, as a way to spend free time in an active way.

While DIY was already on the rise, the deep economic crisis of 2008 made it even more popular, with lots of new enthusiasts taking up crafts to save money.

However, reducing costs, in terms of money but not time, ended up being a secondary motive for doing things oneself. Interpreting the DIY phenomenon solely in terms of being a low cost alternative would, at the very least, be an incomplete and one-sided assessment.

In a study of the evolution of DIY, Paul Atkinson (2006: 3-6) divides the activities involved into 4 categories:

As you can see, the motivations and purposes for DIY and the approaches to it are extremely varied, but there is an underlying common thread that unites them all: the quest for personal fulfilment through manual work.

There are few things more satisfying that living in a house that you designed yourself, giving a loved one a gift that you have made with your own hands, or telling friends that you knitted the jumper they have just complimented you on yourself.

Manual activities also have a clear therapeutic effect. Not only they generate satisfaction but they also help to improve self-esteem and sense of personal value.

This sense of satisfaction is not only experienced on completion of the project but throughout the entire creation process. Self-created objects are more highly valued because of the personal experience that they embody and the opportunity of taking part in their creation, even if that is only in terms of part of the process and not in its entirety. This phenomenon is known as the ‘IKEA effect’ (Norton, Mochon and Ariely, 2011).

People who do DIY are known as ‘expert amateurs’ (Kuznetsov and Paulos, 2010). The term includes anybody who performs any type of creation, modification or reparation of objects with no professional help and without the underlying intention of selling their creations. While they may end up doing so, selling is never the primary objective or motivation.

Although these pursuits are also becoming increasingly popular with men, such DIY enthusiasts are mainly professional women between 25 and 40 years old with a university education. For these women, DIY is a way to find personal satisfaction by doing things themselves, as well as disconnecting and enriching themselves.

In his book ‘High Tech/High Touch’ (2001), John Naisbitt develops a theory that explains that the more time we spend working on a computer, the more our leisure activities tend to be more sensory and tactile. This is a way of giving free rein to creativity and imagination for people who do not have the opportunity to develop these qualities in their everyday working lives.

Technology as an accelerator

Many people share their creations and advices, whether at conferences and craft fairs or on the Internet and social networks.

The emergence of a large number of blogs, tutorials and exchange and support websites on the Internet has given a great boost to DIY. Social networks also play a key role by letting enthusiasts share pictures and advices, particularly on the more visual platforms such as Instagram or Pinterest.

A perfect example of the online DIY boom is the website ‘The Crafty Days’, a practical guide that lets users delve into the handmade universe, with information on workshops, cafés, open-air spaces and shops of all kinds where manual crafts can be enjoyed. These venues are not only places to buy the materials, but also meeting points for people with common interests where they can create and share their problems together.

There is an element of customization in DIY that is also very satisfying. According to research conducted by Kuznetsov and Paulos (2010), one of the main motivations behind creating something with your own hands is the opportunity that this activity gives you to be creative, providing a channel of self-expression.

In a world in which there are an increasing number of identical products, DIY lets you differentiate yourself, creating unique objects with a personal touch. People can build their own identity through the creation of objects that have a personal significance.

There is also an important stress-reducing aspect to DIY, letting us disconnect and find a quiet corner, a haven from the accelerated pace and anxiety of life. This enriching leisure option lets us escape from our problems, exercise our minds and tackle new challenges.

“However, the most important aspect of all, in my opinion, is that it gives people a purpose” (Trias de Bes, 2014). This meaning takes the place of myths and values, giving significance to certain moments in the lives of those involved.

To sum up, DIY is a form of self-expression that lets people differentiate them, generating a broad range of positive feelings and emotions for those who take on projects.

As some are already doing, suppliers and retail chains can take advantage of customers’ clear desire to customize and participate in the creation of products and objects. Rather than providing a completely finished product, this means offering something that can be customized and finished by each customer, with a higher or lower commitment of time and effort, thereby letting them leave their mark on it.

In the majority of sectors, mass customization is already a reality that is here to stay.