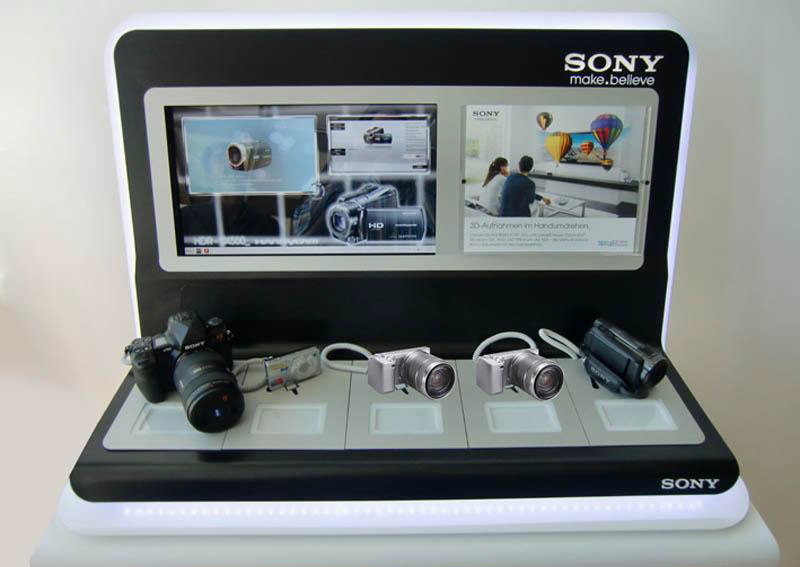 It’s no laughing matter. A vast amount of non-academic literature states categorically that most of the shopping decisions take place in the store.

Barbara Grondin (1) claims that 50% to 70% of shoppers are influenced by at least one of the different in-store media: posters, displays, hangers on the shelves, stoppers, etc.

Millward Brown (2) mentions that around 70% of brand decisions are made in the shop.

Jeff Froud, Strategic Planning Director at OgilvyAction (3) points out that 72,4% of visitors in a shop take at least one of these decisions:

The shop impact may vary depending on: the kind of product (going shopping -for leisure- is different from doing the grocery shopping -as a chore-), the customer context (for instance, when they just received their wage), or the personal profiles. Without a doubt, the impact will also differ according to the visitor experience the shop has prepared. This aspect is usually overlooked in many studies.

In any case, regardless of the numbers, what happens in the shop is of foremost importance.  Amancio Ortega (Inditex) already pointed this out: “The store is the best way to build a brand”.

The relevance of in-store displays
Displays are one of the top means to boost sales in the shops. Their relevance is such, that Liderpack grants awards to the very best every year in Spain. They come in all sorts, shapes, assembly systems, finishes…

And their purpose is multiple:

On the whole, the aim of displays is to sell more, here and now.

Who could be drawn by such goals?
It’s not a fool’s question. One would answer head-on that both the shop and the supplier have an interest.

However, most of the displays submitted to the yearly Liderpack Awards belong to suppliers, who are very interested in promoting their brand in third-party shops.

The smart retail company (the chain) isn’t very keen on selling supplier-branded products… nor those of its own brand. What it really is eager about is selling the shop, or in other words, that buyers choose their shop over any other.

The best chains aren’t concerned so much about the average sale per receipt as they are about their customers’ frequent return. There’s mathematical evidence to back this statement. In the supermarket advertising of Aqui é, the company advised their shoppers to buy more frequently instead of too much, because their groceries would then be fresher, healthier, more flavoursome and in consequence, they wouldn’t go to waste.

When customers decide to do their shopping in a given chain, they select a product with a very big packaging: the shop. Inside this shop-packaging there are other smaller packs: the sections (with more or less appeal). Within this section-packaging there’s another smaller one, called shelf. Finally, the tiniest of them all is the item’s own packaging, what we colloquially know as product.

When customers reach this point, they have already gone through the three mentioned packagings, all of them chain-branded. It is easy to understand the implicit power of the own brand, when not using the ideological concept of private label. And it is also easy to grasp why more and more suppliers choose to sell directly to consumers, i.e. to be in retailing.

Until such a strategic decision isn’t embraced, companies opt for B plans, such as:

In-store display trends
I believe we shall see the following trends in displays:

Where will the purchase decisions be made?
Given that barriers between the digital and the physical have nearly disappeared in customers’ eyes, it would be sound to create displays that could merge:

From now on, the decisions shall be made in both types of shops: molecular and digital. Shall the percentage of shopping decisions made in-store become one day an urban legend?