Today has started off well. Last night, you slept like a log and, when you pulled open the curtains this morning, the sun streamed pleasantly into your bedroom. As you enjoy your coffee, you download today’s newspaper on your tablet. Straightaway, a headline on the front page grabs your eye: “Google announces its closure!”.

What face would have you pulled had this -completely fictitious- news story been true? What would you have felt?
If your overriding feeling in the face of such news was that somehow things were going to be worse from that point onwards, Google now forms part of your life.

Now change one aspect of the news story. Instead of Google, imagine the article was about your company. Would your customers feel the same way?

If the answer is yes, congratulations! But if the answer in no, it means that they can do without your brand.

What is all this brand stuff about?

When we talk about brands, there are almost as many different definitions as there are articles on the topic. Some of these are along the lines of Jerry McLaughlin’s proposal (2011): “what a customer thinks of when they hear the brand name”.

I feel reasonably comfortable with this approach, although, as I have stated in other articles, we know that we make the vast majority of decisions subconsciously using the ultra-fast limbic system, and we later dress the decision up with reasons and justifications. Therefore, rather than “what we think of when we hear the brand name”, we should say “what we feel when we hear the brand name”.

Lots of writers develop ideas along the same lines, such as Marty Neumeier in his book ‘The Brand Gap (2005)’: “‘Brand’ is the gut feeling people have about your product, service or company”. This very widespread approach focuses the issue on the emotions that a company, product or service generates in its customers.

In our hyper-connected society in which our saturation with stimuli is matched only by our attention deficit, emotion is the key resource to ensure that a product (or service) gets noticed. When something triggers an emotion, our attention is activated and, as such, it becomes visible, and perhaps later something we may buy.

However, is stimulating customers’ emotions enough to make them buy our product repeatedly?

The answer is obviously not. An emotion has a short-term effect on the body. In contrast, customer loyalty requires long-term energy.

For this reason, I find the proposal of Iglesias and Alfaro (2009) more accurate when they say that a brand is a “set of values, sensations, emotions and experiences that have value insofar as they have a meaning that is relevant to the customers”.

I would probably tweak this definition a little. A powerful brand, rather than having “meaning”, can convey a particular “feeling” at certain moments of the customers’ lives.

Nevertheless, the best aspect of Iglesias and Alfaro’s contribution is that the different elements it mentions pave the way to transform a fleeting emotion into feelings, which, by nature, last longer. A purely emotional brand would be a brand with little scope.

Are values enough to create feelings?

Iglesias and Alfaro introduce the idea of the meaning being “relevant” to the customers. In my opinion, this aspect is key.
There are two methods by which a meaning can be relevant, which ideally should be combined:

Creating a brand in the 21st Century is not so much a matter of corporate colours, a witty slogan or even advertisements to trigger occasional emotions, but rather tuning into your customers’ lifestyle and ensuring that the solution that bears the brand name truly enhances their quality of life.

To sum up, creating a brand today requires three essential elements: awakening the emotions required for them to pay attention, creating lasting feelings by sharing deep-rooted values and designing solutions that improve customers’ lives.
This gives rise to the three roles of marketing professionals in the 21st Century: a philosopher contemplating their customers’ lives, an engineer of solutions and a scriptwriter creating a movie of emotions and feelings. 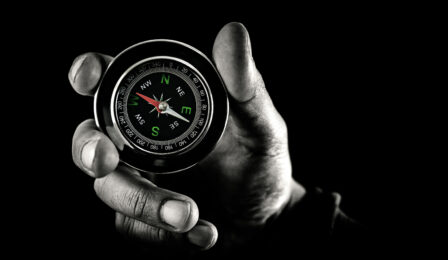